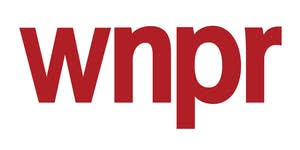 As Connecticut sees fewer people behind bars and a drop in crime rates, officials say there’s some concern over the lack of services for those transitioning to the outside.

Fred Hodges spent 17 1/2 years in a Connecticut state prison. He’s now Director of Community Affairs at Family ReEntry Inc., a nonprofit organization that helps former inmates. He told the Criminal Justice Advisory Committee Thursday that although the state has done some good work helping inmates on the inside, he’s concerned at the lack of support and resources on the outside.

“How are we gonna handle the situation when we have prisons closing, parole is up?” Hodges said. “There’s not that many services out there and integration back into the community is very important now.”

“I’m going to be honest with you, I’m kinda nervous because it seems like we’re sending the pendulum back to where we were,” Hodges told the committee.

Mike Lawlor, the state’s Under Secretary for Criminal Justice Policy and Planning, agreed that cuts have had an impact.

“It’s a problem we all share,” he said. “But as you point out, for a relatively small amount of money we get some really large dividends.”

Lawlor said making sure the state keeps a balance over the next few years will be critical to maintaining the downward trend in crime and incarceration.