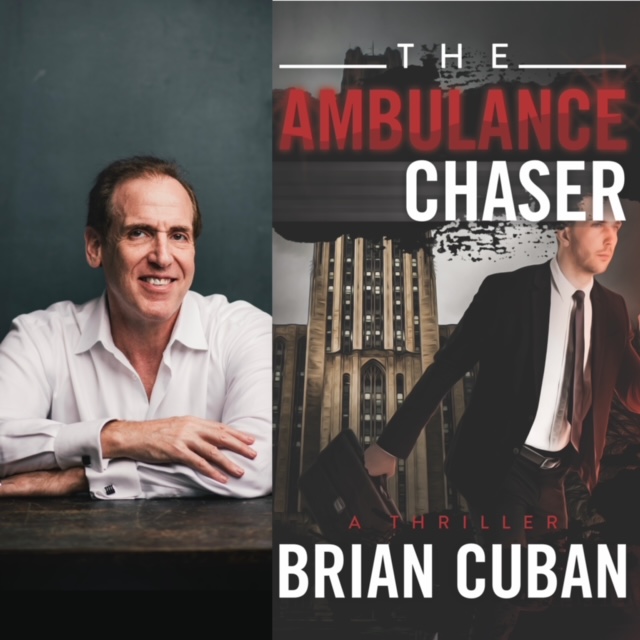 We are honored to have Brian Cuban as the inaugural speaker in our new White Collar Week Tuesday Speaker Series.  Brian is a friend who was a guest on our White Collar Week podcast. We sent copies of Brian’s new book, The Ambulance Chaser, to all of our support group members who are currently in prison – they loved it! Stay tuned for more information about upcoming speakers and events. – Jeff

Brian Cuban, the younger brother of Dallas Mavericks owner and entrepreneur Mark Cuban, is a Dallas-based attorney, author, and person in long-term recovery from alcohol and drug addiction. He is a graduate of Penn State University and the University of Pittsburgh School of Law.

His book, The Addicted Lawyer: Tales of the Bar, Booze, Blow, and Redemption is an unflinching look at how addiction and other mental health issues destroyed his career as a once successful lawyer, and how he and others in the profession redefined their lives in recovery and found redemption.

Brian has spoken at colleges, universities, conferences, non-profits, and legal events across the United States and in Canada. His columns have appeared—and he has been quoted on these topics—online and in print newspapers around the world. He currently resides in Dallas, Texas with his wife and two cats.

About The Ambulance Chaser:

After being accused of the murder of a high school classmate thirty years prior, lawyer Jason Feldman becomes a fugitive from justice to find the one person who can prove his innocence and save the life of his son.

Pittsburgh personal injury lawyer and part-time drug dealer Jason Feldman’s life goals are simple: date hot women, earn enough cash to score cocaine on a regular basis, and care for his dementia-ravaged father. That all changes when a long-lost childhood friend contacts him about the discovery of buried remains belonging to a high school classmate who went missing thirty years prior, and the fragile life Jason’s built over his troubled past is about to come crashing down. Soon, he’s on the run across Pittsburgh and beyond to find his old friend, while trying to figure out whom to trust among Ukrainian mobsters, vegan drug dealers, washed-up sports stars, an Israeli James Bond, and an ex-wife who happens to be the district attorney. The only way he’ll survive is if he overcomes his addictions so he can face his childhood demons.