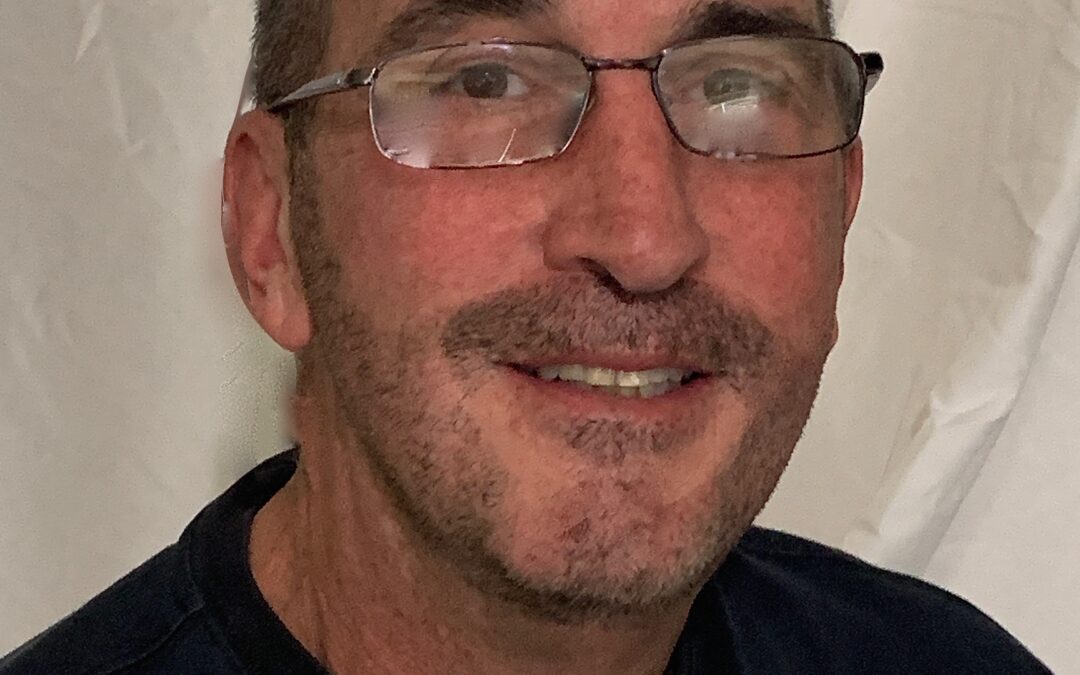 Bill Livolsi is a Member of our White Collar Support Group that meets online on Zoom on Monday evenings. Bill has been a member of our ministry and support group since 2014. – Jeff

I had the privilege of being topic leader at our May 16, 2020 White Collar Support Group meeting. This is text of that presentation:

We have a normal desire to solve our problems. And for my Fellow Travelers, once you add into the mix the anxiety, stress and the feelings of helplessness that accompany a criminal prosecution, the desire to repair the damage can be overwhelming, often to our detriment.

In many occupations being a take charge individual is how you advance your career. When issues arose, you dove in and you solved them. That’s how you proved your value to the organization, to your clients, to yourself.

My dad was a problem solver. Professionally he worked his way up from the mailroom, going to Wharton (undergrad) at night to be an international VP in the pharmaceutical business. My family, his friends, and his professional colleagues, looked to him for advice and solutions. I look to him still, even though he has been gone almost 13 years. He is the best man I have ever known. All I wanted, as an adult, was to be like my Father.

My willingness to take on the problems and challenges no one else wanted was very beneficial for my career too. I worked my way up the ladder to a CFO position by the latter part of the 1990’s. And as many of you know, this is where most of the problems, and difficult issues, organizations face end up. I was pretty good (and pretty lucky) at getting things right. It felt good to be the ‘go-to’ guy for my Company.

Unfortunately, there was a huge downside. My ‘fix it’ mentality also dominated my personal life and that didn’t work out so well.

“The skills that served you well in the advancement of your career aren’t necessarily the ones that will serve you now.” – Jeff Grant

In 2015 I was sentenced to 24 months incarceration after pleading guilty, in 2014, to one count of wire fraud and one count of conspiracy. I had been added as a defendant on a superseding indictment earlier that year. Many years prior, in 2007, I made the disastrous decision to inject myself into my spouse’s legal mess.

She and I met in early 2002 and became a couple a few months later. She was a private money manager. We married and had children. Our early years together were wonderful. I also invested significantly in the funds she managed, as did my family.

In 2004 we relocated to Oklahoma. At about the same time I left my CFO position in New York. I believed my finances and investments were in great shape, so I decided to retire early and spend time raising our two youngest children.

Life had other plans.

By 2006, things started to crumble. It started with strange calls to our home from one of her investors. Then, others starting showing up unannounced at our home. I had no idea why this was happening, and I was given several different explanations. There were civil lawsuits from investors including a court ordered freeze on her personal & business accounts.

Things were getting progressively worse into 2007. By late that year I was at my wits end. I was getting calls from family wanting an explanation. Instead of telling them the truth, that I didn’t know for sure what was going on and handing it off, I stayed in the middle. I passed along the information I was given. I assumed the information was accurate.

“An accurate understanding of reality is the essential foundation for any good outcome”. – Ray Dalio.

She let me know she secured another investor. This new investment would cover most of the redemptions that were due. This fact alone should have set off my alarm bells. It didn’t.

The on-going civil suits made it impossible for her to receive these funds, so I volunteered. I used my personal accounts to receive the investment on her behalf and to issue the pending redemptions.

There it was. Game Over. I just didn’t know it for another 6 years.

I have no doubt that you’re saying to yourself, how could you have been so stupid? Your actions were the textbook definition of a Ponzi scheme. What made you think this would solve your problem? Why didn’t you just walk away?

I have done a lot of reading, research and reflection trying to get a better understanding of what was driving my decisions back then. There was overwhelming evidence that something was wrong, yet I was unmoved, even increasing my commitment. The passage of time brought clarity, and I understand why my decisions were so horrendously stupid and self-destructive.

“The more invested we become in a decision, the more likely we are to rationalize or justify that decision, even if mounting evidence demonstrates it was the wrong one.”

“Escalation of commitment can happen in any aspect of our life. Think about the times when you over-invested in a failing project, stuck around in a miserable job, or when you’ve poured your heart and soul into a personal relationship that clearly wasn’t working.”

“Escalation is where people make errors because of their ego and their emotions. It’s not just a cold calculation of the loss of money or time. It’s the pain of threats to our sense of self. We’re afraid to admit a mistake and end up justifying a decision to ourselves.” (#2)

How did escalation manifest itself in my situation?

Did these emotional elements drive my decisions? Absolutely and unequivocally, yes. And it is clear to me these factors influenced my decisions far more than the money involved.

It wasn’t until I found my White Collar Support Group, and also served time in prison with other men like me, that I learned that emotional factors such as the ones I encountered are very common indeed. At one time or another almost all of us fell into the same trap, pouring more and more resources and ourselves into a bad decision, even when all the evidence was shouting ‘STOP’.

There are decades of research showing that the most powerful forces in our decision-making aren’t economic — they’re emotional. Had I done nothing in 2007, just sat there and let everything come crashing down, it’s almost a certainty I would not have ended up in prison.

It’s some consolation knowing that I’m not alone in the chronicles of disastrous decisions, and perhaps the only way for us to learn is by dealing with the consequences that follow them. I am hopeful that by sharing this I can help others avoid a similar fate.

Bill Livolsi is a Life Coach supporting the white collar justice community and a volunteer with Progressive Prison Ministries. He helps men and women facing prosecution for white collar and non-violent crimes navigate their journey – including rebuilding their lives after prison. He was prosecuted for a white collar crime and spent 13 months in Federal prison. Bill can be reached at whitecollarcoaching.com.