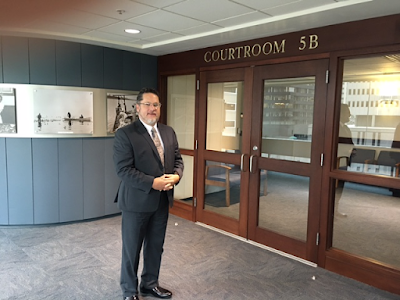 Jack Donson is one of the few prison consultants
we have found to be ethical and trustworthy.
He is the Founder & President of
My Federal Prison Consultant, LLC.
_____________

I have worked with white collar individuals in various Federal prison settings on and off for over two decades. One common theme that has remained a constant is how highly educated professionals seem to lose all sense of discernment when indicted by the government. People who are otherwise extraordinarily competent in their personal affairs often become victims of profiteers – mainly by self-styled “prison consultants.”

Probably the most prevalent issue is when, after a person is convicted for a white-collar crime, he is solicited by a so-called “consultant” and is talked into paying for a favorable prison designation (or a transfer to one).

Also common is the consultant’s insistence that the defendant must pay him to obtain an “early release” by either securing him a spot in the Residential Drug Abuse Program (RDAP) or extended halfway house under the “Second Chance Act” (SCA).

What most people don’t realize – until after they are incarcerated – is that paying for RDAP, a transfer, designation and/or more halfway house is basically a scam.

Equally troubling to me is that the defendant’s spouse, children or parents sometimes fall victim to these solicitations even after someone reports to prison. It seems all sense of rationality disappears when the fear, anxiety and nativity take hold when a person is facing a prison term.

One thing the profiteers know, but do not reveal, is that when the court recommends a specific location, the Bureau of Prison’s (BOP) compliance rate is over 70%. It is policy for the BOP to accommodate judicial recommendations. However, sometimes the judicial recommendation is not commensurate with the individual’s classification and/or program needs.

Once, when I was working as a case manager in a prison camp, I had someone on my caseload who paid $7,500 to a consultant be designated to a specific location. Unfortunately, the camp I worked at, and where he was  imprisoned, was not the place he wanted and paid a consultant for! The “consultant” either missed, or withheld, the above [very basic] policy issue which prevented the defendant from being designated to his desired location; this could have been proactively managed prior to sentencing.

I often hear attorneys and others comment how the Bureau of Prisons does not follow the judicial recommendation but I beg to differ. For many years I monitored the incoming pipeline of both the camp and medium facility prison at which I worked, and when the judicial recommendation was commensurate with the defendant’s level and program needs, the BOP compliance rate was closer to 90%!

I recently had a client who hired me because he said I was the only one who told him it was easy to get into the RDAP. He had contacted many “consultants” he had found online, each of whom gave him a song and dance about how they would “get him into RDAP” and “get him early release.”

Take note: it is extremely easy for convicted defendants with a legitimate and documented substance abuse issue to get into the RDAP. The BOP automatically identifies them and enrolls them in the program, or, if an RDAP is not offered where they are incarcerated, the BOP transfers them to a different facility where it is offered. No judicial recommendation is even needed.

Just last week, an attorney I frequently deal with sent me a copy of an email he had sent to a consulting company instructing them to cease and desist from further contacting his client about getting him into RDAP.  He also forwarded the solicitation materials to me. The materials incorrectly advised the white–collar person how a “judicial recommendation wasn’t enough” to get them into RDAP and how they were going to “get him 18 months off the sentence”.  From my perspective this is not only unethical but it is also dangerous in that the defendant might not get the help he desperately needs in a RDAP. However, to someone facing a sentence who doesn’t know any better, it’s just the kind of guarantee he wants to hear.

Please note: (1) no court recommendation is needed to get into the RDAP, (2) the BOP policy on early release is clear about how much time an inmate receives off of his sentence.  (3) The BOP policy is also clear as to the mandatory amount of time an inmate must stay at a halfway house placement (aka: RRC); this is a requirement for the community transitional phase of the RDAP program.

That leads me to my final common area of concern which is consultant‘s poor advice regarding the “Second Chance Act” (SCA):

The Second Chance Act of 2007 is simply a law that was passed in 2008, under which the Bureau of Prisons operates. It does NOT mandate the BOP to place people for any specific time period for any reason, nor does it take away any of the discretion the BOP had prior to its implementation. [Most people do not realize the SCA had the most impact on state prison populations, funding and re-entry programs.] All it did from a Federal prison standpoint was establish the “Elderly Offender Pilot Program” (long since closed) and, importantly, gave the BOP discretion in placing inmates up to 12 months in a halfway house (18 USC 3624). Beware any other and false SCA information or advice given by an unethical consultant.

In summary, I’d like to be clear that the victimization of white–collar defendants all too prevalent. It is basically caveat emptor, “let the buyer beware,” that you are being persuaded to pay for things which will ordinarily occur within the framework of the prison system. Most private prison consultants have little control or impact because of the statutory discretion given to the BOP. Though it is definitely practical to be as prepared as much as possible before the prison experience, one should carefully reconsider engaging unscrupulous “consultants” who claim to have the magic bullet that sounds too good to be true.

My next blog is going to focus on the issue of “friendly extortion” many white collar individuals face in prison. It is  not only prevalent in the higher security level facilities but is also present in federal prison camps.

Jack Donson is a nationally awarded, passionate prison reformer who is retired from the DOJ, Federal Bureau of Prisons. He serves on several non profits, founded a private consulting company and teaches Criminal Justice as an adjunct professor. He is a member of the ABA Corrections Committee and testified on Capitol Hill to the Colson Task Force on Federal Corrections. Jack’s mantra is that many pro-active Federal prison reforms can be accomplished under existing policies. To contact Jack:
www.mfpcllc.com
jack@mfpcllc.com
212-461-2252
____________

Comments from Social Media:
I agree that this field is questionable. I also believe, however, that some people who have never experienced anything like incarceration could benefit greatly from some advice. At the very moment we represent an individual who is incarcerated in the state of Missouri. He is running into some problems that I, as a former inmate having been incarcerated in three states before going to college and law school, would have been able to help him avoid had I offered that service. I do not, but believe he would have been safer had he gotten some tips. – Brian Pierce
_____________
Donations

We are grateful for all donations this past year to our Ministries. These donations enable us to grow, reach out and serve this community for which there is far too little understanding, compassion, empathy and accurate information.  Progressive Prison Ministries, Inc. is a CT Religious Corp. with 501c3 status –

all donations are tax deductible to the extent permitted by law. We hope you will consider making a donation to our appeal this year.  Donations can be made by credit card/PayPal here, at the “Donate” button on on our site, prisonist.org or by sending your check payable to: “Progressive Prison Ministries, Inc.” P.O. Box 1232, Weston, Connecticut 06883.  We have enclosed an addressed envelope for your use. Thank you.

If you, a friend or a family member are experiencing a white-collar or nonviolent incarceration issue, please contact us and we will promptly send you an information package by mail, email or via Dropbox.