Are you, a friend, family member, colleague or client looking for a community service opportunity?  As the only 501(c)(3) nonprofit supporting the White Collar/Economy Exiled Community, Progressive Prison Ministries, Inc. has service opportunities throughout the United States. Please contact us for more information.

“Jeff is a true inspiration to anyone coming home from prison to face the many trials and tribulations that life throws at you.  I made a very bad choice in 2009 which led me to a federal indictment and 7 months in Danbury Federal Prison Camp for women and then three months in a halfway house.  I had gut wrenching guilt and remorse, and immersed myself in every program available in Danbury.  I was seeking self-awareness of who I was and why I veered off my path of good decision making.  It was not until I came home and met Jeff Grant that I truly started my journey to redemption and forgiveness.  His amazing attitude, coupled with immense experience, brought such clarity to my very foggy existence.  Jeff founded a White Collar Support Group and invited me to join in.  Finding that group was such a turning point for me as I was lost.  The group helped me with my immense feelings of guilt and how to overcome adversities that I never knew would exist for me.  I am grateful to Jeff and all the men and women in that group and feel so fortunate to know I am not alone in my journey.  Due to Jeff, I am able to give back to the women I now work with within the criminal justice system by utilizing my strengths, experience and educational background. “  – Jacqueline Polverari, MSW, Advocate Women’s Incarceration Issues, Connecticut

“Upon returning home from long-term incarceration I felt motivated to do the things necessary in order to bring some semblance of order back into my life.  But as equipped as I was, there were certain things that I couldn’t have anticipated or prepared for.  My emotional and mental health suffered from my inability to find someone – anyone – who understood.  I felt afraid and impotent.  But in my search for answers I came upon Jeff Grant.  After reading his story, I reached out to him and found a kind and compassionate ear.  He took the time to hear me out, listen to my fears, concerns, and hopes, and invited me to network with him and others in a way that helped me be conscious of the fact that my struggles are shared by others.  He helped me appreciate that I could contribute to others lives in a way that helped them, and that being of service would help me as well. I credit Jeff not merely with being a helping hand, but with being a clearing house of resources and knowledge that I couldn’t have hoped for.  He is attentive, humorous, giving of himself, and quick to work to develop meaningful solutions to problems that can have a lasting impact on the lives of the people around him.  I’m grateful to Jeff for his friendship, advice, and leadership; I encourage anyone dealing with any life transition – especially, but not only, where the criminal justice and correctional systems are at play – to reach out to Jeff to ask for help.” – Joshua C. Cagney, M.A., Virginia

“Shortly after my release in September 2015, I was guided to Jeff’s door by complete chance and little did I know that I had just hit the proverbial “reentry” lottery that would help shape and change my life. I asked for his guidance about how I could possibly return to society as a once respected trial lawyer who was now branded a convicted felon. After words of support, Jeff suggested that I join the White Collar Support Group which met each week via the Internet. Not sure that I could even log in, as I was still living in a halfway house. I managed to find a library or satellite to check in, and can honestly say that it was one of the best decisions I have ever made. This support group has given me an opportunity to share my thoughts, concerns and emotional trauma with a compassionate and understanding group of people who all traveled a similar journey and who all have now become good friends. There is no question that those who have experienced the criminal justice system all face common problems, barriers and trauma as we begin our reintegration into society.  I am proud to say that I am associated with this fine group of people and hope and pray that some day we can share the lessons and benefits of the peer support and mentoring that has helped me to find my passion and purpose in life. Thank you!” – Jeffrey Abramowitz, Pennsylvania

“Jeff is a gift to anyone facing time in prison, as well as to anyone coming home from prison and trying to readjust to their new reality. I made a terrible choice at a critical time in my life and as a result was sentenced to 27 months in prison at FPC Alderson in West Virginia; I report next week. Unfortunately, I did not meet Jeff until a few hours after my sentencing, and I joined the White Collar Support Group the next Monday night. I wish I had had him with me throughout my entire journey. It’s such a relief to know I have someone in my corner to guide me through critical decisions and can just simply relate to every emotion and thought that pops into my head and all hours of the day (and night). He is realistic in his advice, sympathetic when he needs to be, and has brought me clarity and helped me put one foot in front of the other when I didn’t think I could muster up the strength to even get out of bed. I am so grateful to Jeff and all of the men and women in the group to know that I am not alone and have a confidant and friend I can talk to. In fact, one a of the women in the group is flying in to be with me when I self-surrender to prison. I hope to someday be able to give back to people in my position the way Jeff and this group has given to me.” Ashley Cole Furst, Colorado (currently serving in a Federal prison)

“Three months or so into dealing with a federal indictment for conspiracy (and wire fraud) in my wife’s Ponzi scheme, I was confused at what I was facing, and scared at the thought of what this would do to my family, especially my youngest children then aged 9 and 11 who were soon to lose both their parents to prison. I remember the first time I spoke to Jeff, I had just dropped off my two at school and was sitting in my car in the Walmart parking lot where I wouldn’t be disturbed. Jeff answered my call and I nervously introduced myself. I realized fairly quickly that this would be someone who could help me find some of the answers I was seeking. We talked for at least 90 minutes that morning, and never once did he rush me off or make me feel I was an inconvenience or my issues were not important. Jeff has helped me in so many ways since that first call. Whether it was discussing how best to talk to my children about our situation, setting up a support system for them both in school and in private counseling,  or talking thru the various aspects of dealing with the justice system and what to expect before, during and after. In fact, it was Jeff who suggested that my wife and I should request staggered sentences which the judge’s approved. Since then we’ve talked about life in prison and starting over afterwards, maintaining a marriage while incarcerated, and forgiveness, just to name a few. I value Jeff’s advice because he always gives you a straight answer, you may not always like what he has to say but you can always count on it being true to his experience. And I have found that in the end this is most valuable.  Like many people, I fear the unknown, and Jeff helped take away my fear by giving me knowledge. I was, and am, able to make better informed decisions because of it. I am also greatly relieved to know that Jeff and his ministry will be there for me when I am released from prison.” – Bill L., Oklahoma (currently serving in a Federal prison) 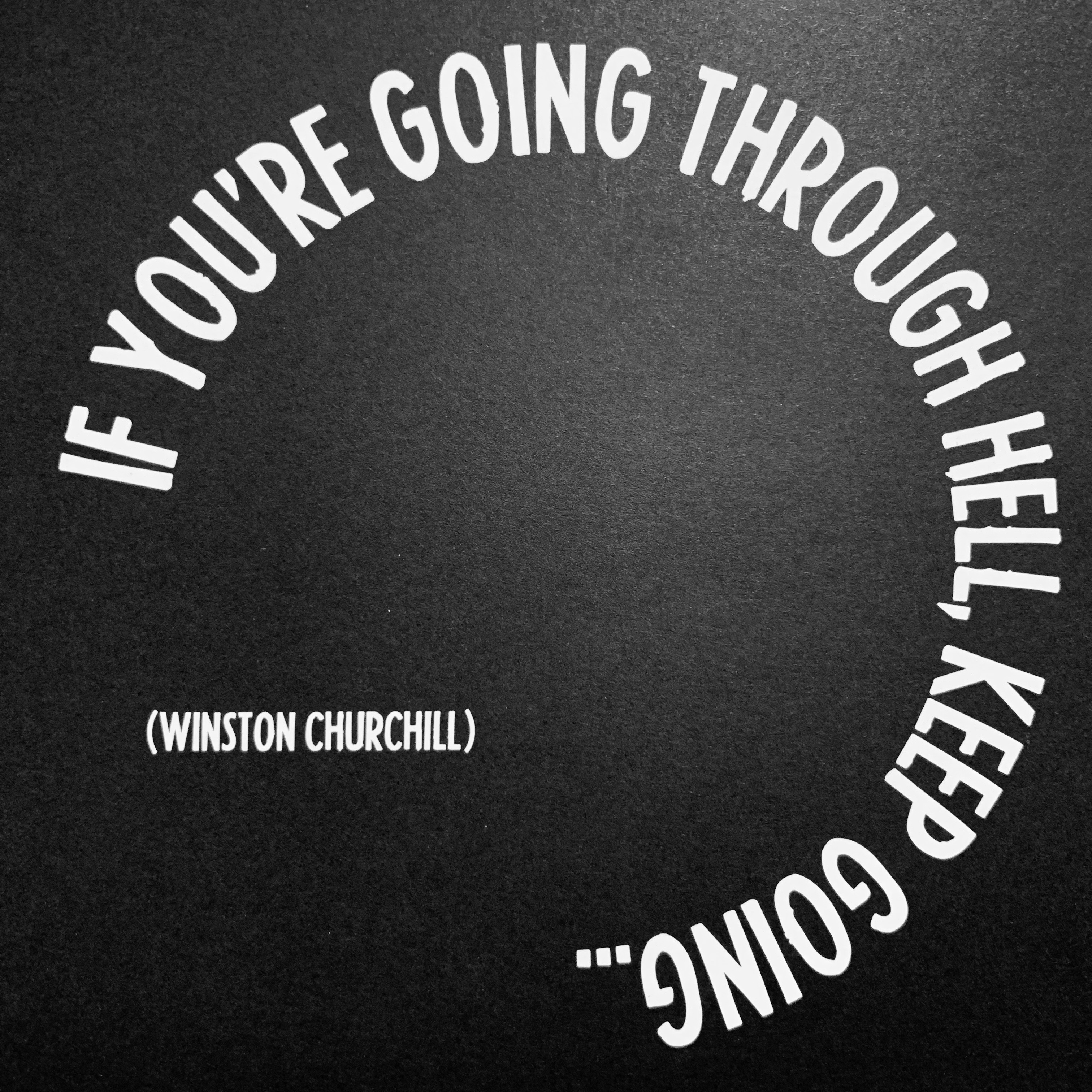