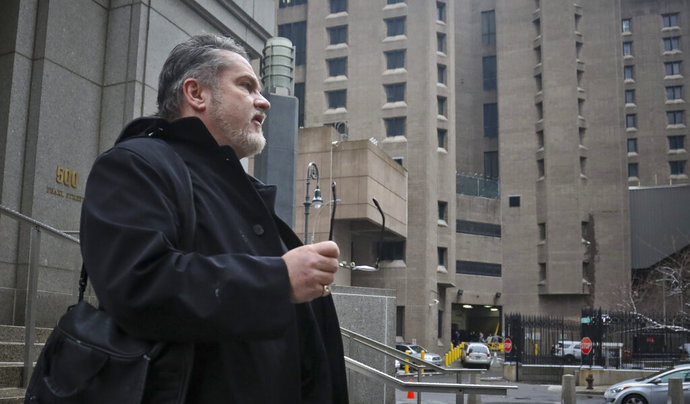 It’s a tip that has been passed onto convicts for years: On your way to federal prison, say you have a substance abuse problem, and you could qualify for a treatment program that knocks up to a year off your sentence.

Federal prosecutors have long suspected abuses in the program, which has enrolled a deep list of high-profile convicts. Recently, a grand jury in Connecticut indicted three people accused of coaching ineligible convicts on how to get into the Residential Drug Abuse Program, or RDAP, by telling them to show up to prison intoxicated and fake withdrawal symptoms. The charges are among the first filed against prison consultants involving the program.

The case has put a spotlight on the unregulated world of prison consulting, in which some ex-convicts and former prison employees charge thousands of dollars for their inside knowledge to help people prepare for life behind bars. Some consultants say there has been wrongdoing in the industry for decades, including encouraging clients to scam their way into the rehab program.

“I hope it brings light to things,” he said, referring to the Connecticut case. “I hope it gives people … pause to not cross that line to illegality and unethical conduct.”

Completing the nine-month, 500-hour treatment program for nonviolent offenders is one of only a few ways inmates can get their sentences reduced. About 15,600 inmates — nearly 10 percent of the current federal prison population — participated in the program last year, and thousands more are on waiting lists. To get in, convicts must present evidence they had substance abuse or addiction problems during the year prior to their arrest. Upon completion, their sentences can be reduced and they can spend the last six months of their sentences in a halfway house.

“It undermines the public’s confidence that all people when they go before a court for sentencing will be treated fairly. People who know how to game the system know how to get the benefits, whereas people who are struggling with addiction don’t know all the angles to play,” Mattei said.

Mattei helped send Bridgeport Mayor Joseph Ganim to prison for nearly seven years for corruption. Ganim took part in the drug treatment program, got released early in 2010 and made a stunning comeback by winning back the mayor’s seat in the 2015 election.

That Ganim even had a substance abuse problem surprised both Mattei and the federal judge who sentenced him, since there had been no indication of such a problem. After his release, Ganim himself worked as a prison consultant and touted his knowledge of the drug program. He did not return messages from the AP seeking comment.

Questions have been raised about other prominent convicts’ admittance to the program.

Former Atlanta Mayor Bill Campbell, sentenced to 30 months for tax evasion, completed the program, but the four-month early release he received was revoked in 2008 after prosecutors raised questions about whether he really had an alcohol problem.

Former Enron Treasurer Ben Glisan Jr. was sentenced to five years in prison after pleading guilty in 2003 in the Enron fraud scandal, but he shaved 18 months off the sentence through good behavior and the drug treatment program.

While testifying at the fraud and conspiracy trial in 2006, Glisan appeared to joke about the program on the witness stand while being questioned by Daniel Petrocelli, the lawyer for former Enron Chief Executive Officer Jeffrey Skilling, the AP reported at the time. Glisan said his pre-prison drinking “problem” was consuming two glasses of wine upon returning home and sometimes a bottle when out with colleagues.

“You said one or two drinks. If you have a drinking problem, then I’m in serious trouble,” Petrocelli joked.

“You’ll get a year off,” Glisan replied with a laugh.

Bureau of Prisons officials said they cannot comment on specific inmates who participated in the program or on legal proceedings, including indictments.

“However, we can share that the BOP is committed to the integrity of the Residential Drug Abuse Program,” the agency said in a statement.

The criminal indictments in Connecticut are believed to be among the first criminal charges filed against prison consultants in connection with the treatment program.

Arrested were Michigan residents Tony Pham, 49, and Samuel Copenhaver, 47, both of Grand Rapids; and Constance Moerland, 33, of Hudsonville. The three were managing partners in RDAP Law Consultants, authorities said.

Prosecutors said the three told clients over the past six years to falsely inform Bureau of Prisons officials that they had drug and alcohol problems, taught them how to fake withdrawal symptoms and how to fraudulently obtain medication to treat withdrawal symptoms, so they could show prescriptions to qualify for the program. The partners also told their clients to begin drinking alcohol daily before going to prison and to show up drunk, the indictments said.

Messages were left at phone listings for Pham and Moerland. Copenhaver did not address the allegations in emails with the AP, saying he was too busy to comment. Lawyers for Copenhaver and Moerland declined to comment. A message was left for Pham’s public defender.

“The fraudsters not only undermined the authority of the judicial system to administer fair and impactful sentences, but they diverted vital substance abuse treatment from inmates who really needed it,” said Kristina O’Connell, an Internal Revenue Service agent in charge of New England investigations.

Last year in New York City, a lawyer and three other people were charged with defrauding the government and making false statements. They allegedly submitted bogus information to prison officials, claiming that a convicted drug dealer had a history of addiction, in an effort to get the client into the drug treatment program so he could be released early. The case remains pending.

Other consultants coach people on how to lie to get into the program, according to Donson, who said some also claim they can get convicts sent to prisons that have the RDAP program when only federal prison officials have that authority. He said he sees potential for fraud also as consultants rush to offer help related to a new law that allows federal prisoners sentenced for crack cocaine offenses before late 2010 the opportunity to petition for a lighter penalty.

Donson and other consultants say more monitoring of the industry and prosecutions would help deter misconduct.

“It’s an unregulated industry, so something like this hopefully brings some attention to it,” said Dan Wise, an ex-con who completed the RDAP program and now runs a prison consultant business based in Spokane, Washington.