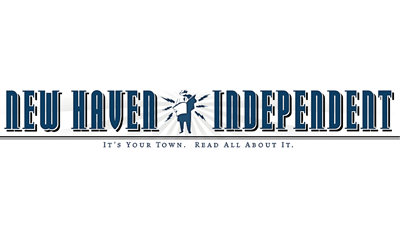 An FBI community outreach worker and a local youth worker have teamed up to write, direct, and produce a play about the challenges women face after leaving prison.

That new play, Her Time, is the brainchild of Charles Grady, a specialist for the Connecticut FBI Community Outreach Program, and Steve Driffin, the youth and community programs manager for New Haven’s Connecticut Center for Arts and Technology (ConnCAT).

Her Time is scheduled to have a three-show run at the Klein Memorial Auditorium in Bridgeport on Nov. 16 and Nov. 17.

The subject of the play, Grady and Driffin explained on a recent episode of WNHH’s “Criminal Justice Insider with Babz Rawls-Ivy and Jeff Grant,” is Kim Williams, a woman who has spent 25 years in federal prison for transporting a gun and drugs for a boyfriend suspected of murder.

Grady and Driffin co-wrote the script, with Driffin serving as the director and Grady as the executive producer.

This character last appeared in The 5K Motion, a 2012 movie that Grady, who spent 21 years as a Hamden police officer and continues to work as a professional television and movie actor, made with the FBI.

That movie was filmed in parts of Hartford, Bridgeport, and New Haven, including at the former Church Street South housing complex .

In that movie, Williams received a 40-year sentence at just 18 years old for actions done in allegiance to her boyfriend, Grady said. Once the police caught up with her, though, her “boo” abandoned her to stay out of legal trouble himself.

The play picks up with Williams over two decades later. She has gotten out of prison on appeal, and returns home to find that her mom has died, her children are now adults, and everything and everyone in her pre-incarceration life have changed beyond recognition.

While Williams herself is a fictional character, “it was all based on reality,” Grady said about the stories of post-incarceration hardship featured in this play. “This is the real deal.”

“We want to tell the real story of post-incarceration,” Driffin said. “Your neighborhood has changed. Everything has changed. You’re in this time vacuum, and you have to try to catch up—and real quick.”

Over 70 percent of women prisoners in this country are incarcerated for something they’ve done for a man, Grady said. He said he hears former female prisoners’ stories all the time through a program he founded in Bridgeport called Her Time, which is geared specifically towards providing a place for such women to meet, talk, share, and break bread with other former prisoners trying to re-acclimate to life outside the bars.

That program is an outgrowth of another venture Grady founded, called Hang Time Real Talk, which has chapters in New Haven, Bridgeport, Hartford, and Waterbury.

“It’s all about tapping into the after effects,” Grady said about the reentry group sessions, “and emotion, and how do you move forward with that level of pain?” Members of Her Time and Hang Time talk about both history and current events, he said, go on field trips together to everywhere from Washington D.C. to Newport, Rhode Island, and learn how to talk about the difficulties of life in and after prison.

“When you treat people like human beings and fairly,” he said, “great things happen.”

Click here to learn more about the play Her Time at the Klein Memorial Auditorium in Bridgeport.