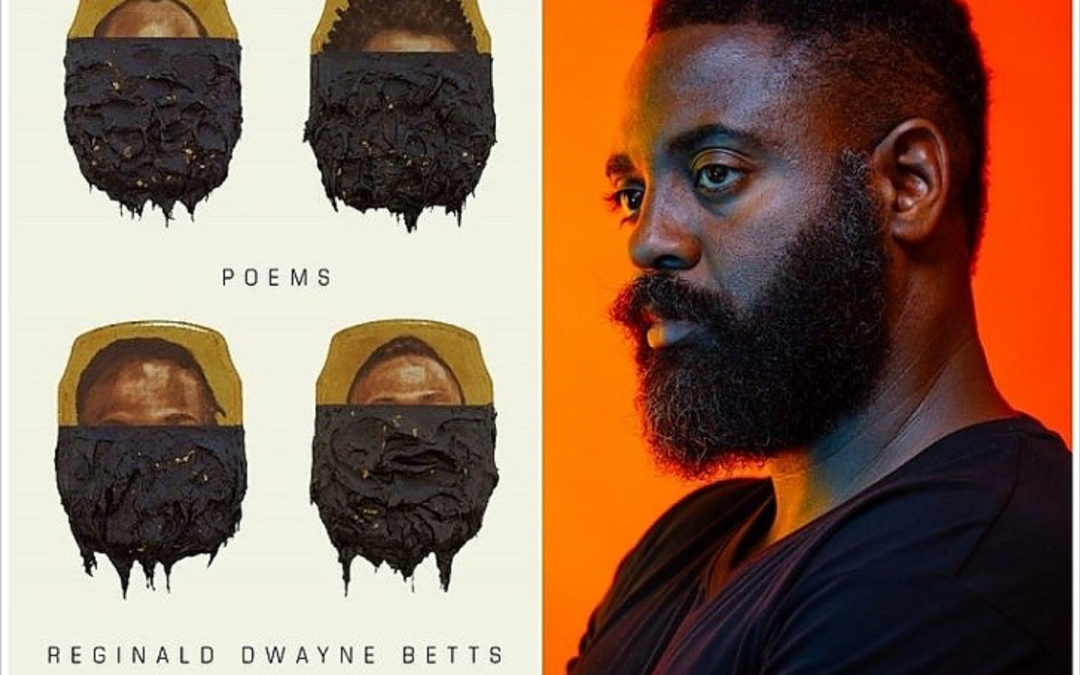 Reginald Dwayne Betts was 17 years old and locked up in solitary confinement in an adult prison when he found his calling to become a poet.

The nationally renowned poet and lawyer told the story of his literary coming of age during an interview on the most recent episode of WNHH Radio’s “Criminal Justice Insider with Babz Rawls-Ivy and Jeff Grant.”

Thef Prince George’s County, Maryland native earned a degree from Yale Law School, lives in New Haven, serves on the state’s Criminal Justice Commission, and is the author of the new book Felon. Betts said his career as a poet dates back to 1998.

He was still a teenager at the time. Betts had pleaded guilty to felony armed carjacking charges as a 16-year-old in 1996, was tried and convicted as an adult, and was at the beginning of what would turn out to be nine years bouncing between a handful of adult prisons throughout his late teens and early 20s.

The fateful literary encounter that propelled him on his journey to become a poet took place in the midst of a six-month stint in solitary confinement, he said, his third such isolation during his time behind bars thus far.

Someone slipped under his door a copy of The Black Poets, an anthology of African American poetry edited by the Detroit publisher and poet Dudley Randall.

Included in that collection were several poems by Etheridge Knight, an African American man and Korea War veteran who wrote poetry from behind bars in Indiana in the 1960s.

“I’m like, ‘Wait,’” Betts recalled upon first reading the anthology. “Etheridge Knight did time in prison. Then he became a poet. And he’s in this book. And I just told myself, I’m gonna be a poet. And that’s when I started writing poetry really seriously. That was 1998. And from that point on, I’ve been a poet.”

Betts said he was a big reader even before he went to prison.

A college-bound honors student who studied computer science and wanted to become an engineer, Betts said he had read and connected with Things Fall Apart, Makes Me Want To Holler, Giovanni’s Room and Go Tell It on the Mountain as a high school sophomore and junior.

After he was sent to prison, he devoured more short stories and essays by James Baldwin and read cover-to-cover Ernest Gaines’s A Lesson Before Dying.

“I told myself I would be a writer,” he remembered, “and that’s the thing that saved me. I was young enough and fool enough to not even know what that meant.”

“My life was changed by a book,” he continued. The Black Poets proved to him that being black and having a criminal record were not disqualifiers for becoming an accomplished writer, even if they did present roadblock after roadblock in his parallel, equally accomplished career path of becoming a lawyer.

The books he read before and during prison inspired in him a confidence in his literary talent and in his ability to succeed in the world that many teachers in high school missed, he said. He remembered one AP History teacher giving him the nickname “Smoky” after Betts was caught smoking a blunt before class one day. A better teacher would have asked why he was resorting to smoking so much weed as a teenager, he said, and what he was trying to hide from or suppress. This teacher only reinforced that negative sense of self, he said, if even in a small and seemingly trivial way.

Betts said he aspires through his own poetry to encourage readers to reflect critically upon the African American experience, the American criminal justice system, and the challenges formerly incarcerated people have in reintegrating into a society that often denies them work, housing, and rehabilitation.

He said his poetry also helps him come to terms with the very real trauma he likely inflicted on the victim of his crime, who was not injured during the carjacking but nevertheless had a gun waved in his face by a stranger.

“Prison and incarceration so saturate my understanding of the black experience that I haven’t figured out a way to write outside of that,” Betts said.

See below for an excerpt from Felon. Click on the Facebook Live video at the bottom of this article to watch the full interview on “Criminal Justice Insider.”

At two a.m., without enough spirits
spilling into my liver to know
to keep my mouth shut, my youngest
learned of years I spent inside a box: a spell,
a kind of incantation I was under; not whisky,
but History: I robbed a man. This, months
before he would drop bucket after bucket
on opposing players, the entire bedraggled
bunch fine & six & he leaping as if
every lay-up erases something. That’s how
I saw it, my screaming-coaching-sweating
presence recompense for the pen. My father
has never seen me play ball is part of this.
My oldest knew, told of my crimes by
a stranger. Tell me we aren’t running
towards failure is what I want to ask my sons,
but it is two in the a.m. The oldest has gone off
to dream in the comfort of his room, the youngest
despite him seeming more lucid than me,
just reflects cartoons back from his eyes.
So when he tells me, Daddy it’s okay, I know
what’s happening is some straggling angel,
lost from his pack finding a way to fulfill his
duty, lending words to this kid who crawls
into my arms, wanting, more than stories
of my prison, the sleep that he fought while
I held court at a bar with men who knew
that when the drinking was done,
the drinking wouldn’t make the stories
we brought home any easier to tell.