Man’s Search for Meaning, by Viktor Frankl: A Book Report from Inside Prison 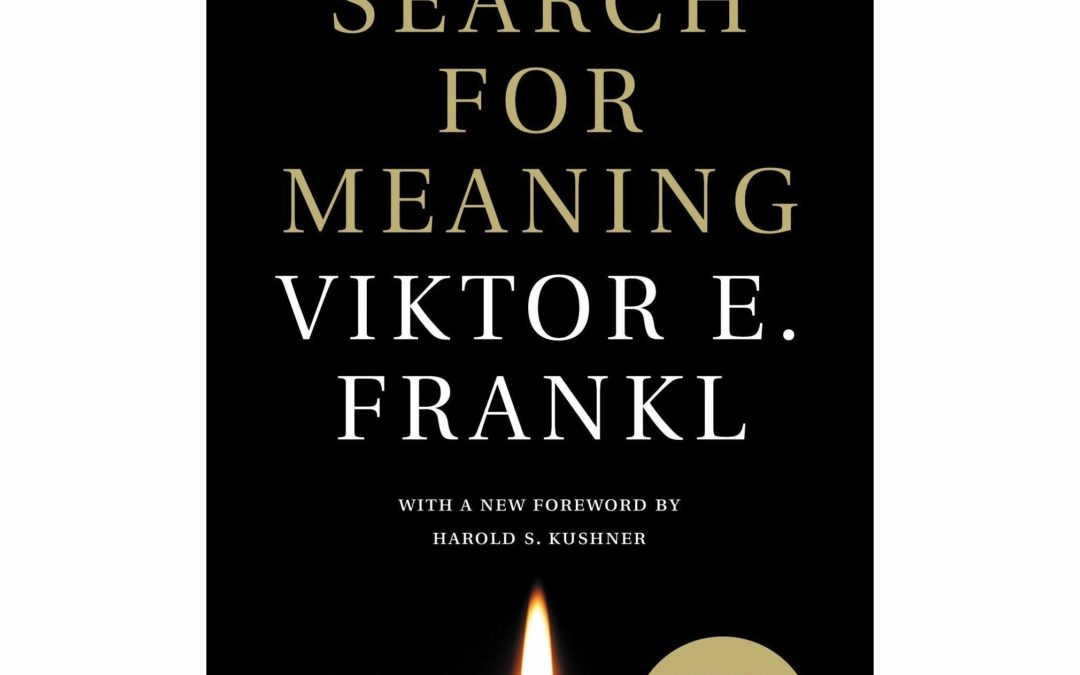 Our ministry regularly sends books to our White Collar Support Group members who are serving time in prison. We recently sent in the book, Man’s Search for Meaning, by Viktor Frankl. This book has special significance to me because it taught me lessons in hope and faith and informed the way I looked at my incarceration, recovery and reentry. In places of limited control, there are still things that we have power over: our bodies, our attitudes, and our ability to help others. Below is a book review we received from one of our group members. Please send your thoughts to me at jgrant@prisonist.org and I will make sure he receives them. Blessings, Jeff

Thank you for sending me this book because it deals with suffering and the meaning of life. The author (Viktor Frankl) was a doctor before being imprisoned in several Nazi war camps, and he used his view of suffering to survive the experience and then thrive upon his liberation. Frankl does not take a spiritual view but many of the principles and accounts in the book are spiritual and would have significance in any teaching on the meaning of life or the value of suffering. Although this book deals with suffering caused by literal imprisonment, there are absolute parallels to people imprisoned by their sin and past failures. I highly recommend the book. Here’s the book report I owe you :-).

Although Frankl ignores the subject of HOW a person can change their mind about the value of suffering to enhance the meaning of life, he does a great job of explaining the psychology of suffering and appealing strongly to all of us to appreciate the role suffering can play to make our lives more meaningful. A key message in this book is “it did not really matter what we expected from life, but rather what life expected from us.” (I would replace ‘life’ with ‘God’).

This book dovetails very well with my studies in Restorative Justice (especially the top of page 138 and 148-149) relative to people who have confessed to committing crimes.

This book gave me some great insight highlighted in the 21 points below. THANK YOU FOR THE BOOK – IT WAS A GREAT BLESSING AND WILL HELP ME ALONG THIS JOURNEY!

1. There are three phases to a prisoner’s mental reaction to prison life: 1) shock 2) apathy 3) liberation.

2. Suffering is more about the mental and emotion than it is about the act.

3. Even in a Nazi prison camp it is possible for a spiritual life to deepen.

4. Using images and memories from the past – especially of loved ones – are essential to survive suffering. In speaking of his wife Frankl writes “My mind clung to my wife’s image, imagining it with uncanny acuteness. I heard her answering me, saw her smile, her frank and encouraging look…A thought crossed my mind: I didn’t even know if she were still alive. I knew only one thing, which I have learned well by now – love goes far beyond the physical person of the beloved…Whether or not she is actually present, whether or not she is still alive at all ceases somehow to be of importance.” Bonnie and I have talked about the importance of using our strong memories of vivid events to maintain our strong love. (37-38)

5. “Humor, more than any other emotion, can help us rise above any situation even if only for a moment.” (43)

6. “The majority of prisoners suffered from an inferiority complex. We all had been or fancied ourselves to be “somebody”. Now we were being treated as complete non-entities. The consciousness of one’s inner value is anchored in higher, more spiritual things, and cannot be shaken by camp life. But how many men, let alone prisoners, possess it?” This last sentence/question is provoking – I believe I have this awareness through Christ, but time will tell.

7. “There are always choices to make…which determine whether or not you will become a plaything of circumstance, renouncing freedom and dignity to become molded into the form of a typical inmate…Fundamentally, therefore, any man can, even under these circumstances, decide what shall become of him – mentally and spiritually…It is this spiritual freedom – which cannot be taken away – that makes life meaningful and purposeful.” (66-67) WOW!

8. “The way in which a man accepts his fate, and all the suffering it entails, the way in which he takes up his cross, gives him ample opportunity – even under the most difficult circumstances – to add a deeper meaning to his life. It may remain brave, dignified, and unselfish. Or in the bitter fight for self-preservation he may forget his human dignity and become nothing more than an animal. Here lies the chance for a man to make use of or to forgo the opportunities of attaining the moral values that a difficult situation may afford him. And this decides whether he is worthy of his sufferings or not…Do not think these considerations are unworldly or too far removed from real life. It is true that only a few people are capable of reaching such high moral standards…Such men are not only in concentration camps. Everywhere man is confronted with fate, with the chance of achieving something through his own suffering.” (67-68)

9. “The Latin word FINIS has two meanings: the end or the finish, and the goal to reach. A man who could not see then end of his “provisional existence” was not able to aim at an ultimate goal in life…Instead of taking camp’s difficulties as a test of their inner strength, they did not take their life seriously and despised it as something of no consequence. They preferred to close their eyes and live in the past. Life for such people became meaningless. It is a peculiarity of man that he can only live by looking into the future. And this is his salvation in the most difficult times although he has to sometimes force his mind to the task.” (70, 72, 73)

10. “Emotion, which is suffering, ceases to be suffering as soon as we form a clear and precise picture of it. The prisoner who lost faith in the future – his future – was doomed. With his loss of belief in the future he also lost his spiritual hold; he let himself decline and let himself become subject to mental and spiritual decay. Usually this happened quite suddenly, in the form of a crisis…” (74)

11. “What you have experienced no power on earth can take from you. Not only our experiences, but all we have done, whatever great thoughts we may have had, and all we have suffered, all this is not lost, though it is past; we have brought it into being. Having been is also a kind of being, and perhaps the surest kind.” (82)

12. It would be an error to think that a liberated prisoner was not in need of spiritual care any more…the man who has been liberated from mental pressure can suffer damage to his moral and spiritual health.” (89-90)

13. There are two fundamental experiences which can damage the character of a liberated prisoner: bitterness and disillusionment. “Woe to him who found that the person whose memory alone had given him the courage in camp did not exist anymore.” (91-92)

14. “The crowning experience of all, for the homecoming man, is the wonderful feeling that, after all he has suffered, there is nothing he need fear any more – except his God.” (93)

15. “Those who knew that there was a task waiting from them to fulfill were the most apt to survive.” (104)

18. “There are people, however, who do not interpret their own lives merely in terms of a task being assigned to them but also in terms of the taskmaster who has assigned it to them.” (110) AMEN!!

19. “No one can become fully aware of the essence of another human being unless he loves him.” (111). I thought about the relationship between God and us — we can each understand the essence of the other, and of each other, through love.

20. “Freedom is the negative aspect of of the whole phenomenon whose positive aspect is responsibleness…THAT IS WHY I RECOMMEND THAT THE STATURE OF LIBERTY ON THE EAST COAST BE SUPPLEMENTED BY A STATUE OF RESPONSIBILITY ON THE WEST COAST” (132). I love this statement!

21. “Human potential at its best always allows for 1) turning suffering into human achievement and accomplishment, 2) deriving from guilt the opportunity to change oneself for the better, and 3) deriving from life’s transitoriness an incentive to take responsibility for action.” (138). I want to explore this position in greater detail to see if it is fundamental to Restorative Justice.