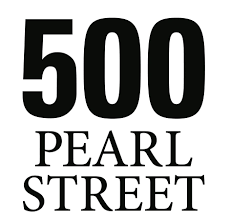 The prison consulting business has been plagued by gimmicks and false promises.  Now a federal indictment in Connecticut could blow the lid off of a number of scammers that have taken advantage of defendants and their families.

US Attorneys in Connecticut have indicted three people who worked at RDAP Law Consultants LLC (RDAP Law) a firm that promised, guaranteed, that its clients would earn up to 18 months off of prison for hiring them.  Tony Tuan Pham, Samuel Copenhaver and Constance Moerland were indicted on charges that they coached people to fake drug and alcohol habits to gain entry into the Bureau of Prisons’ 500-hour program, Residential Drug Abuse Program (RDAP).  Getting into the program can get inmates up to one year off of their prison term and it is the only program in the BOP that offers a reduced time in prison.   The BOP considers it one of their premier successes:

“The Bureau and National Institute on Drug Abuse combined funding and expertise to conduct a rigorous analysis of the Bureau’s RDAP. Research findings demonstrated that RDAP participants are significantly less likely to recidivate and less likely to relapse to drug use than non-participants. The studies also suggest that the Bureau’s RDAPs make a significant difference in the lives of offenders following their release from custody and return to the community.”

The RDAP program is a 9-month program of intensive drug and alcohol therapy.  Those who enter the program participate in a regimen of therapies while incarcerated and counseling sessions after their release from prison.  To qualify, a defendant must state that they have a drug or alcohol dependency within the year prior to their arrest … but that statement must be included in a Presentence Report, a historical report that provides detail on the defendant’s life (criminal past, family history, medical history and drug abuse).  In many cases, defendants, particularly those involved in the drug trade (the majority of federal charges), have a drug problem.  However, having that abuse documented in the Presentence report is imperative to gaining admission.  When it is not, documentation must be provided to support a history of abuse … and that has launched a cottage industry of  “consultants” who are falsifying information for those who did not initially qualify for the program.

When a defendant, a desperate defendant, reached out to RDAP Law, they would direct them to fraudulently obtain one or more prescriptions for medications used to treat withdrawal symptoms, and to bring those medications upon reporting to a BOP facility to begin serving their prison term.  This created the false appearance of substance abuse disorder. RDAP Law also educated clients about how to mimic withdrawal symptoms and instructed clients “who were not yet in custody to adopt a daily habit of drinking alcohol or to have a medical professional provide a prescription for anti-anxiety medication prior to the client reporting to a BOP facility.”  If none of those worked, RDAP Law recommended that defendants show up at prison drunk.  For all of this, they would charge fees up to $10,000.

I have talked to a number of defendants and they all tell me that they are bombarded with emails and phone calls for prison consulting services once they have been sentenced.  These consultants promise results ranging from time off of a prison term to luxury prison designations.  It is a scam that has been going on too long.

RDAP Law’s luck ran out when it promised a defendant entry into RDAP and the defendant was working in cooperation with the FBI and US Attorneys office in Connecticut.  Pham’s pitch had six pieces of advice according to an excerpt from a recorded call:

Number one, you drink every day, including weekday. Number two, alcohol is very important to you. It’s a big part of your life.  Three, you’re a good drinker now. . . . Your first glass of wine you don’t feel anything.  Number four, you’ve tried to quit many times and you can’t. . . . You get sick if you don’t drink, you don’t feel like yourself. Ok? You can’t sleep. You can’t think.  Like an alcoholic, like an addict. You don’t feel good unless you have a drink.  That’s five. And number six, it’s called abuse. Abuse meaning bad things. Ok? You do bad things when you drink.

Now, the defendant in that case is not going to the RDAP program but will likely receive some time off for cooperating against RDAP Law.  The RDAP Law website is still up, but I’m guessing the feds are monitoring it … as well as a few others.

It is also likely that the BOP will look at their requirements for qualifying for RDAP.  For every person who has faked drug or alcohol abuse to get into the program, there are many who did not qualify but had real substance abuse problems that were not properly documented.  The BOP, for all of its shortcomings, has a successful program in RDAP that needs to be strengthened.  Prosecutions like this will start that process.

When Walt is not writing on white collar crime, he works with experts who present on it. Check out 500 Pearl Street Speakers or contact him at waltpavlo@500pearlstreet.com.

I established 500 Pearl Street Speakers as a boutique speaker bureau that brings together journalists, former law enforcement agents, forensic accountants, lawyers and those involved in white collar crimes to create memorable training events. When I’m not speaking or writing, I’m working with Jack Donson at Prisonology LLC to help everyone facing federal prison. In 2007, I released the book “Stolen Without A Gun” with Neil Weinberg, former Executive Editor Forbes Magazine (now a Reporter for Bloomberg). I write on white-collar crime and try to provide a different perspective than that of the mainstream media.