Chandra Bozelko writes the award-winning blog Prison Diaries. You can follow her on Twitter at @ChandraBozelko and email her at outlawcolumn@gmail.com. She is a member of our White Collar Support Group that meets online on Zoom on Monday evenings. – Jeff

In April, former Commissioner of Department of Correction (DOC) Rollin Cook issued a department-wide memorandum requiring staff “to wear protective face-masks while on duty whenever social distancing is not possible.” 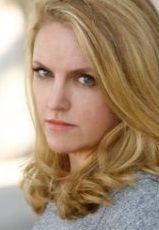 Corrections officers in Connecticut aren’t obeying this instruction. They’re not wearing masks, at least not properly and definitely not consistently. That’s what’s caused the precipitous rise in the number of infections and deaths of incarcerated people. As of February 5, 3,816 inmates had tested positive and 19 of them have died from COVID-19 complications; six passed away inside of a month. But none had died between May 26 and November 18, and the positivity rate during that time was around 1%. This spread is a more recent phenomenon.

There are only three ways the virus can reliably enter a correctional facility: visits, new admissions and/or staff. The realities of prison life during COVID-19 take the first two options out of contention. It’s most likely that the staff who’s spreading the disease.

Visits can’t be the cause of the spread because in-person visits that allow contact have been suspended since March; the resumption of visits in October limited them to non-contact, which means the inmate and the visitor don’t even breathe the same air.

New admissions aren’t causing the spread, either.  Incoming inmates are kept in quarantine for two weeks, more than enough time to assure that they’re not infected, according to the Centers for Disease Control and Prevention (CDC).

It’s the lack of masks on the staff that’s causing the spread. That’s where the evidence points.

While it’s been hard to connect with inmates because of a lockdown imposed to slow the virus’s spread, a few prisoners have reported the non-use of masks to family and friends.

A relative of a model inmate at MacDougall-Walker Correctional Institution reports that he’s witnessed prisoners asking officers to fix their masks or put them on, only to be told to mind their own business. According to this relative, repercussions are sure to follow — like mail tampering — if anyone complains about their not wearing masks.

Another woman took pictures of guards when she retrieved her cell phone from the lockers outside the visiting room at the same prison, MacDougall-Walker CI.  One officer wasn’t wearing a mask at all and another had it slung around his chin.

A female inmate at York Correctional Institution, the state’s only women’s prison, that went without a single infection until September 2020, says guards aren’t wearing masks and she witnessed one maskless guard ask where he could get a COVID test.

It’s not just the staff’s refusal to wear masks. Another man who spent a month at Bridgeport Correctional Center said that inmates who make their own masks are often punished for it. While a shirt or a sheet fashioned into a mask can, in theory, be considered contraband, the wisdom of punishing an attempt to protect one’s own health, and others’, is questionable.

But the most damning evidence that staff isn’t wearing masks is an official report by the Monitoring Panel — a group of five people (two chosen by the ACLU, two chosen by the DOC and a fifth chosen by the original four — established through the settlement with the state in the suit brought by the American Civil Liberties Union (ACLU) of Connecticut in April 2020, captioned McPherson v. Lamont, to protect incarcerated people from the novel coronavirus. When provided the opportunity to prove their obedience to the rules, correctional staff blew it.  The Monitoring Panel conducted two site visits where they reported that “most” of the officers and inmates observed were wearing masks when they toured.

Site visits to prisons rarely meet their expectations for oversight. When I was incarcerated at York CI, I watched last minute scrambles to throw fresh paint over dirty walls and to make the facility appear clean and in compliance when it probably wasn’t.

I would expect that all staff would have donned a mask, if only for the moments that the Monitoring Panel passed through. If they didn’t all have them on while these outsiders peered over the facility, then staff is wearing them even less frequently when overseers aren’t around.  The DOC knows this; its current Commissioner, Angel Quiros, admitted that the mask directive was only “mostly” followed.

Elana Bildner, an attorney with the ACLU of Connecticut and one of two lawyers who represented plaintiffs in the McPherson suit, says that her office receives numerous complaints that identify the date, time and place within the prison where staff members don’t have masks on.

Bildner confronted the DOC’s counsel, the Attorney General’s office, about it, only to be advised that there’s no way to review security camera footage because an agreement with the state’s unions, AFSCME Council 4’s Local 1565 and Service Employee International Union’s Connecticut State Employees Association (CSEA) Local 760, prohibits it. “They cannot be disciplined for not wearing masks based on video footage,” Bildner said she’s been told.

But that doesn’t seem to be true. Neither the collective bargaining agreements for AFSCME Local 1565 nor CSEA 760 mention the ability to review surveillance cameras. When asked for comment, David Glidden, Executive Director of CSEA/SEIU Local 2001, and Jody Barr, Executive Director, AFSCME Council 4, issued a joint statement. They couldn’t confirm that any such provision existed and also didn’t deny that staff wasn’t wearing masks, instead noting that “the unions with members at DOC have been pushing hard for appropriate PPE” and have been “outspoken and united in their advocacy for the maximum safety precautions.”

An email requesting clarification wasn’t answered by the Assistant Attorney General who acts as lead counsel for DOC in the McPherson v. Lamont litigation, Terrence O’Neill.

There’s no reason why the DOC can’t find the anti-masker employees as identified to the ACLU and order them wear masks — and do so properly. It doesn’t necessarily entail punishing them; after all, the department supposedly specializes in correction. But Commissioner Quiros admitted that he hadn’t reached the discipline level of enforcement. Maybe with 19 people dead, it’s time to start.

It’s not as if these same officers aren’t subject to rules about what they wear to work. In fact, DOC’s Administrative Directive 2.13 contains uniform and appearance requirements that are even more obtrusive.  It includes rules on how long mustaches can be. It bans female officers from painting their nails with purple, blue or gold nail polish and none of them can wear white socks. If the officers can abide by those restrictions then surely they can follow the departmental rule that would save lives.

To be fair, the original mask memo was written when health experts didn’t know as much about the spread of the virus. It directed that masks were necessary when social distance of six feet was impossible. Now we know masks are necessary regardless of the stretch of space between two people.

I predict that guards will shift blame to the poor ventilation systems in prisons. The problem with that explanation is that there’s no epidemiological evidence supporting the hypothesis that SARS-CoV-2 is spread through heating and cooling ducts. The much more likely source of spread is contact with an infected person who isn’t wearing a mask.

Masks’ efficacy in reducing the spread of the virus — and even the resulting death rate — has been proven over and over again. And masking advice has changed and updated itself since the initial memo from former Commissioner Cook, even advancing to a direction to wear two masks now.

Correction officers’ refusal to wear masks is poised only to get worse. As of February 1, guards are getting vaccinated and even less fearful of the virus and Governor Lamont’s isn’t honoring his promise to include all inmates in Phase 1b of vaccination, at least not as advocates envisioned. The McPherson settlement agreement that exerted some control on internal processes expired on December 31, 2020 so the Monitoring Panel that found most staff masked won’t be going back in, not without another judicial intervention.

It’s becoming clear that Commissioner Quiros must pen another memo, post haste, that explains that a mask across a guard’s face — nose and mouth — is part of their uniform, at least for the duration of the pandemic, regardless of distance from the inmates. Then he must subject them to discipline if they don’t comply. More people will die if he doesn’t.