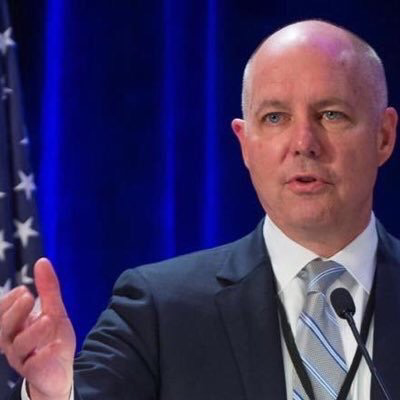 Please join us on Friday, June 1, 2018, 9 am, when Mike Lawlor, State of Connecticut Under Secretary for Criminal Justice Policy and Planning, will be our guest on Criminal Justice Insider with Babz Rawls Ivy & Jeff Grant – The Voice of CT Criminal Justice. Live on WNHH 103.5 FM New Haven and live-streaming at newhavenindependent.org. Rebroadcast at 5 pm. Sponsored by the Community Foundation for Greater New Haven – Now More Than Ever, and Family ReEntry – Serving the Connecticut Justice Community Since 1984.

Mike Lawlor became Under Secretary for Criminal Justice Policy and Planning on January 5, 2011.

Prior to his appointment, Mike served twelve terms as a member of the Connecticut House of Representatives representing his hometown of East Haven. He was chairman of the Judiciary Committee from 1995 to 2011.

As chairman of the Judiciary Committee, Mike played a key role in passing two amendments to Connecticut’s constitution.

The first established explicit rights for victims of crime, and the second eliminated the patronage-ridden and corrupt county sheriff system. He also helped to enact a number of workable gun control laws, rewrite and toughen the state’s domestic violence laws, reformed the juvenile justice system, addressed racial disparities in the criminal justice system, passed laws ending discrimination on the basis of sexual orientation, and addressed recidivism and prison overcrowding. He also played a key role is establishing and now modernizing Connecticut’s Sex Offender Registry. Mike has also spoken out for victims of child sexual abuse who have recently come forward after years of silent suffering.

In 2004, Mike was appointed to serve on the 10-member, bipartisan Select Committee of Inquiry, which held hearings to consider the possible impeachment of Governor John G. Rowland, who at the time was accused of a number of corruption allegations. The Governor resigned on June 30, 2004 following the committee’s hearings.

Mike attended the University of Connecticut where he graduated in 1979 as an Honors Scholar in Slavic and Eastern European Studies. He received a Master’s Degree in Soviet Area Studies in 1981 from the University of London and a Juris Doctorate from the George Washington University School of Law in 1983. In 1977 he studied Russian language in Moscow and Leningrad in the former USSR and he received a Fulbright-Hays Scholarship to study economic reform in Hungary in 1982.

After graduating from law school, Mike was appointed by the Connecticut Criminal Justice Commission to serve as a prosecutor in the State Attorney’s Office in New Haven. He resigned that office in 1986 in order to run for the legislature.

Mike is active in the Council of State Governments where he is a member of the Board of Directors for the CSG Justice Center. He was a chairman of the Criminal Justice/Mental Health Consensus Project, an associate with the State Sentencing and Corrections Program at the Vera Institute of Justice in New York City, and a member of The Center for Sex Offender Management National Resource Group within the U.S. Department of Justice. In addition, Mike served on the national drafting team for the Interstate Compact for Adult Offender Supervision and the Interstate Compact for Juvenile Probation and Parole. Recently, he has served as a consultant for the U.S. Department of Justice assisting in the establishment of an adult probation system in Bulgaria. He has also participated in the Connecticut-Pskov partnership within the Russian American Rule of Law Consortium.