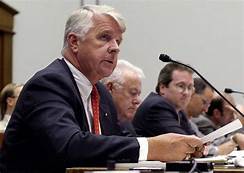 Please join us on Fri. March 16th, 9 am, when John Santa, Chairman of the Malta Justice Initiative and Member of the Connecticut Sentencing Commission, will be our guest on Criminal Justice Insider with Babz Rawls Ivy & Jeff Grant- The Voice of CT Criminal Justice. Live on WNHH 103.5 FM New Haven, live-streaming at newhavenindependent.org
and Facebook Live. First and third Fridays of the month, 9 am and rebroadcast at 5 pm. Archived shows on SoundCloud.
____________________

Criminal Justice Insider with Babz Rawls Ivy and Jeff Grant. First and third Fridays of the month, 9 am on WNHH 103.5 FM New Haven, live-streaming at newhavenindependent.org and on  Facebook Live.  Rebroadcast on WNHH at 5 pm.

Sponsored by: The Community Foundation for Greater New Haven – Now More Than Ever, and Family ReEntry – Serving the Connecticut Justice Community Since 1984.

About John Santa:
After a 40-year career in marketing, finance and finally as C.E.O. at Santa Energy, John Santa now serves as an independent director for four private corporations. His record as a community activist as well as his ongoing commitment to social justice and community service is substantial.

John has been recognized as a prophetic voice in the modern Criminal Justice Reform movement. He began his work in 1998. By 2002 he and his colleagues founded Malta Prison Volunteers of Connecticut – now known as Malta Justice Initiative. Their mission is to inform and educate the Business, Faith and Academic communities about the opportunities available to all citizens via prudent Criminal Justice Reform. His programs were embraced as the first and only National Work of the American Association of the Order of Malta. The Order now conducts Prison Ministry activities in thirty-seven states and Canada. For these accomplishments and his untiring dedication to Criminal Justice Reform, John was awarded an honorary Doctor of Law degree from Fairfield University in May of 2014.

He currently serves as Vice Chairman of the Sentencing Commission of the State of Connecticut and the board of the Institute for Catholic Studies at Fairfield University. John is a founder of the National Oilheat Research Alliance for which he was instrumental in passing a bill through Congress for its establishment. He is also the grateful recipient of a Paul Harris Fellowship from the Rotary Club International as well as the Volunteer of the Year Award from the Connecticut Department of Correction.

John and his wife, Irene, live in Southport, Connecticut. They are the proud parents of their daughter, Kerstin of Bridgeport and their son, Devin, who lives in Fairfield with his lovely wife Beth and their precious daughters, Alyssa Lyn and Heidi Ann.