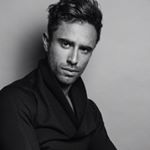 Dieter Tejada is a Justice Impacted Criminal Justice Advocate.  Mr. Tejada expertise in the field of criminal justice is partially based on the traditional legal training and education he received while attending  Vanderbilt University School of Law.   Though he is incredibly grateful for the education, training, and Juris Doctorate degree he received as a scholarship student at at National powerhouse (top 15 ranked) law school, Dieter respectfully cannot credit Vanderbilt and traditional legal training for his expertise and passion for criminal justice advocacy.  Rather Dieter derives the bulk of both his passion and expertise in the field of criminal law from personal experience—as a high school senior Dieter was arrested for the first time and eventually incarcerated based on a plea conviction.  This arrest and its aftermath serve as the basis for Dieter qualification as a “Justice Impacted” Criminal Justice Advocate and Expert.

Dieter has utilized his expertise by helping to provide direct representation services at three of the premier public defense offices in the Nation, across three States—in NY (The Legal Aid Society’s Criminal Defense Practice), in TN (The Nashville Defenders), and in CT (The Office of the CT Public Defenders).

He has also served clients in clinical settings, and pre-trial diversionary settings with such notable organizations as CTs Family ReEntry (the largest ReEntry service provider in his home state).

Additionally, Dieter has lobbied for, and helped spearhead legislative criminal justice reform efforts with such notable advocacy organizations as the Smart Justice Initiative of the ACLU, and Yale Law School’s Legislative Advocacy Group.  Though it has been more then 11 years since his arrest and incarceration, Dieter still remembers how it was to be a juvenile in the system of criminal justice—and ever since his release from prison Dieter has made sure use this memory to serve others.  He has done so, by speaking to-sharing his story and its hard-learned lessons—with high school and middle school-aged youths.  He has specialized in mentoring at-risk youths, and even helped found and facilitate a mentoring program at the high school from which he graduated. Mr. Tejada is also a widely sought after speaker on the subject of criminal justice advocacy and reform.  He has spoken at, and led panel discussions at some of the most distinguished settings in the legal field, including at Yale Law School’s Rebellious Lawyering conference.  Dieter has, and continues to focus efforts on bridging barriers and loosening the locks to the legal profession for his fellows-the Justice Impacted.  Dieter has worked extensively with the Prison Reform and Education Project (P.R.E.P) of NYU Law.  Beyond collaborating with P.R.E.P in organizing the Roundtable Event that he will discuss on the show, Dieter helped setup and launch the first ever Law School Scholarship reserved for Formerly Incarcerated and Justice Impacted individuals and their family members.  Finally Dieter has been interviewed and profiled and quote on criminal justice related podcasts and in nationally syndicated publications such as Law360 (LexisNexis’ legal news affiliate).

Criminal Justice Insider with Babz Rawls Ivy and Jeff Grant is broadcast live at 9 am (ET) on the first and third Friday of each month from Sept. to July, from the WNHH 103.5 FM studios in New Haven, live-streamed everywhere at newhavenindependent.org. It is also on live on Facebook Live (video) at https://www.facebook.com/wnhhradio. It is rebroadcast on WNHH at 5 pm the same day. Find all of our shows archived on SoundCloud at https://soundcloud.com/new-haven…/…/criminal-justice-insider. An article about each show is published a few days later in the New Haven Independent (newhavenindependent.org).
Please “like” us on Facebook!
Contact us: jgrant@prisonist.org