A Congregation of One: Keeping the Faith in Federal Prison, by Jeffrey Abramowitz, Guest Blogger 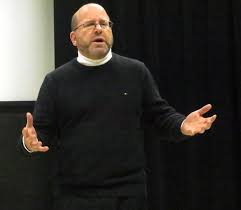 Jeffrey Abramowitz wrote this piece while he was incarcerated at U.S.P. Canaan in Pennsylvania. He is a member of our White Collar Support Group that meets online on Zoom on Monday evenings.

I am a Jewish person who was born and raised in a Conservative congregation. Even though Judaism is considered to be a communal religion, I now reside in a community of one. How can that be? I am a prisoner in a United States Federal Prison and currently have the distinction of being the only practicing, Jewish inmate. I arrived at USP Canaan – an irony in itself as Canaan is an important place in Jewish history – approximately four years ago, just before the Jewish holiday of Passover. Ashamed, disgraced, and void of all possessions, family, friends, colleagues and even my wife of twenty-four years, I was by definition a “lost soul,” searching for a reason to awake and rise each morning.

It must be made crystal clear that there are no excuses, rationalizations, or plausible justifications for my actions for which I pled guilty to in a court of law. Standing before my family, friends, clients and my community, it was time for me to accept responsibility for what I had done, try my best to learn the lessons that God intended by placing this difficult detour in my path, and find a way to move forward. This certainly is no easy task for a once respected attorney and member of both the Jewish and secular communities, who seemingly, had everything. To say I was lost is an understatement; I was in exile.

Martin Luther King Jr. once said “in the end, we remember not the words of our enemies, but the silence of our friends.” No truer words have struck my ears. My legal troubles began over two years before the fateful day of my sentencing. Initially, my rabbi and a few friends from my congregation were supportive. As the legal process continued, I found myself no longer welcome in this sacred space and community I had once considered home. While I tried my best to understand and accept this as part of my punishment, I wondered how a place of worship that was once warm, inviting and rich with traditions, and that preaches inclusivity, could so abruptly close its doors on someone so in need of guidance.

After entering the criminal justice system, accepting responsibility for my actions, and trying to understand how and why this happened to me, I could not help but think that somehow, my Jewish faith, and even God, had failed me. This initial thought could not have been more wrong: it wasn’t God, my synagogue or anyone else that was culpable for my downfall, and no one besides myself could be responsible for mending my soul. It was up to only me. After months of struggling with my own Jewish identity at the beginning of my incarceration, I returned to my religion. However, my faith and practice looked drastically different this time – no minyan, no congregation, no traditions or rituals. Rather, it was just me in a cinderblock room with a prayer book – alone with God. Time has not healed the wounds that I have caused but it has given me the opportunity to learn lessons of humility, honesty, tolerance, and has blessed me with a chance to restart my life and to try to fix the pieces I had broken. Re-introducing Judaism was a part of this goal as my religion often preaches a doctrine of breaking and repairing. Jews have an appreciation for how a shattering can lead to a rebirth. Your whole world may be destroyed, only to be rebuilt. “Tikkun” or “to repair” is a central tenet of the Jewish ideology I was always taught. Similar to the floods that Noah faced and the destruction of the sacred Temple of Jerusalem, Jews have historically faced cataclysmic life events which required that we searched deep within ourselves for the wisdom and strength to survive and to grow. In this process, a new person is created. This was the evolution I yearned for in that cinderblock room we called the “chapel.”

Even though other incarcerated Jewish people have come and gone over the years, I am at least, for now, a congregation of one. Every Friday night, I enter a vacant, white, cinderblock room that has been transformed into our “chapel” because of the holy ceremonies that take place within its walls. This room contains holy books and religious texts for every religion imaginable. There’s a single bookshelf dedicated to Jewish prayer books and writings. While there is no Torah, we are given access to a locker which holds Matzah (used in place of Challah for Shabbat kiddush), two candlesticks (one of which has been broken after years of wear), two candles, several kippot, including one made of yarn by a fellow inmate who is practicing his crocheting. I begin my weekly Shabbat service in the same fashion as how the ceremony begins at my home synagogue: with the lighting of the candles. This practice is aided by a correctional officer who holds the lighter, as a fire source cannot be possessed or held by an incarcerated individual.

The service follows the Siddur and includes frequent pauses for reflection on the past, consideration of the realities of the present, and fixation on dreams of the future. My service includes personal touches – I always end with a prayer for my daughter and the singing of my favorite Jewish song, Hatikvah. The conclusion of the service requires the assistance of a non-Jewish inmate to blow out the Shabbat candles as the prison does not permit for them to burn out on their own, but Jewish custom prevents practicing Jews from extinguishing the candles. I conduct this Shabbat ritual every Friday night, and the tradition has come to mean more to me than any religious service I have ever attended with the exception of my daughter’s Bat Mitzvah in Israel. As each Jewish holiday approaches, I look once again at where I am and reevaluate my religious beliefs in light of my current journey. I’ve come to understand that religion cannot be used as a crutch as we walk through life, but should serve as the guidebook on the intensive, introspective labor we must practice in hopes of building a meaningful and purposeful existence. We cannot assume that religious beliefs will absolve us of our wrongs, provide us with a “get out of jail free” card or miraculously heal the wounds which our hands have created. Being a person of faith does not grant us universal forgiveness for our mistakes, but rather, a pathway to understanding how our errors can ultimately improve our lives.

When I pray during these sacred moments that I create, it is for those that I care most about in my life. Those that I have touched with my words, actions or mistakes and those who I hope can find it in their hearts to forgive. My prayers are for health and hope and happiness. They are for the things and experiences in my past which may mold who I am, and for the things yet to come which will help shape who I will be. My prayers are for strength, courage, and for the unwavering conviction that I always see my glass as half full, as I remain grateful for what I have and aware that things could always be far worse. As I continue my journey, I appreciate my ability to apply the lens of my Jewish faith to each challenge I face. I move forward knowing that the life I have been blessed with will not last an eternity. Instead, my goal in life is to be happy, to fill the world with friendship, love of mankind, compassion and reverence of the reality that our time on earth is limited and each second is far too precious to waste. Even in my congregation of one, my Jewish faith continues to support and sustain me.

Jeffrey Abramowitz, J.D. is the Executive Director of Reentry Services for JEVS Human Services and Program Director of Looking Forward Philadelphia. Jeff was a 2018 Fellow for Justleadership USA, and has most recently served as the Director of Student Services & Workforce Development for Community Learning Center. Jeff was a trial lawyer in Philadelphia before poor choices in life and his professional career resulted in acceptance of responsibility and a five-year sentence in the federal prison system. Entering the criminal justice system allowed Jeff the opportunity to see the world with a new pair of glasses and find his passion for education and workforce development. In the short 4.5 years since Jeff has been home he has worked with over 4,000 individuals, spoken and lectured across the country to educators, administrators, communities, and those touched by our criminal justice system. Jeff  proudly sits on the Executive Board of the Coalition on Basic Adult Education, COABE, where he serves as the chair of the Literacy Behind and Beyond the Walls Committee, was appointed to the Pennsylvania Reentry Council and serves as Chairman of the Employment Committee and Co-chairs the Reentry Committee for the PA Workforce Development Board. Jeff is active in the Philadelphia Reentry Coalition. Jeff serves on the board of directors of Community Forgiveness & Restoration, a member of NationSwell Council, and Advisory Board Member of Philadelphia Petey Greene Program. Jeff  is presently a LINCS Reviewer, Literacy Information & Communication System, Resource Collection, for the Department of Education, and serves on the National Association of State Directors of Education, Barbara Bush Foundation Criminal Justice Work Group. Jeff is the producer and host of the award-winning weekly radio show “Looking Forward” on Philly Cam Radio WPPM 106.5FM.  Jeffrey is a writer, keynote speaker and lecturer around the country on issues of adult education, workforce development and criminal justice. Jeff can be reached at: jeffrey.abramowitz@jevs.org.